Dunia Pendekar is an online turn based strategy game made by local Malaysian. It’s similar to Travian game, but for now the game system are still under beta test mode. It’s hard to code a web based system game. The owner is  Creative Instinct Game House. 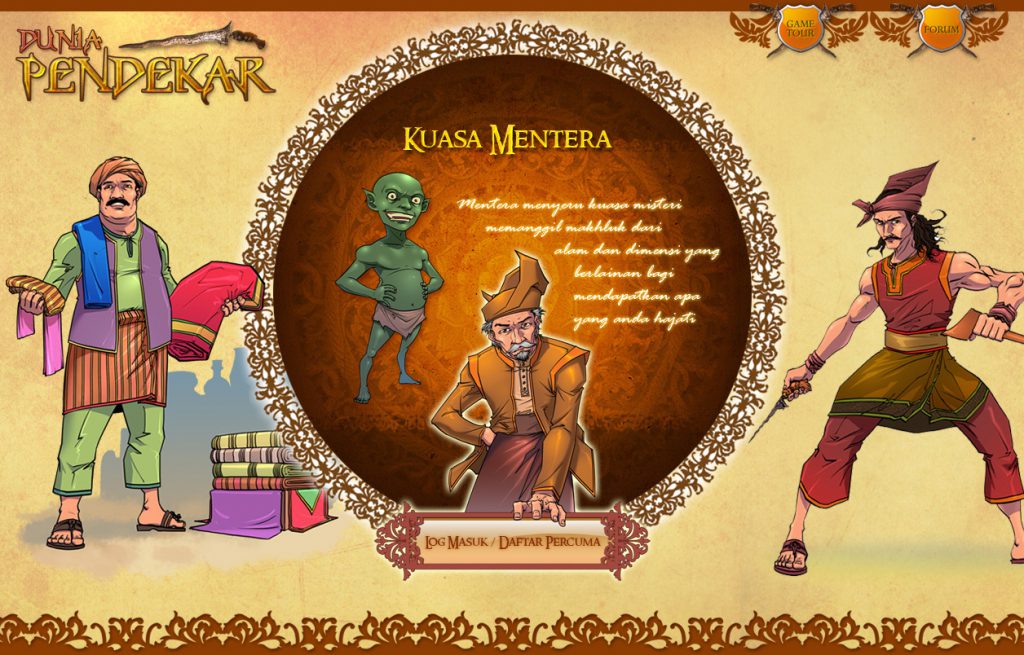 We were hired by  Creative Instinct Game House to design the main page layout with elements and graphics supplied. Later after the design is confirmed, we did the CSS styling and include some Jquery effect and so on.

Visit their site at » www.duniapendekar.com